The second-year students of the Hijikata Laboratory participated in the project, and after about two and a half months of work, the results were presented. The themes that each team worked on are as follows.

One of the students in our lab continued to work on the task he worked on in the 2020 IT Ideathon, and presented the results of his work.

(Keynote) Yuki Minamitani
“A Study on Supporting Performers and Behavior Change by Using Image Recognition and Speech Synthesis” (LivePark (NTV), From IT Ideathon 2020)

The following people from four of the IT companies that cooperated with us attended as judges.

As a result of the judging, the following teams won the Excellence Award.

The other teams’ ideas were also very impressive and have the potential to lead to future services. Based on this experience, I hope that they will contribute to solving essential problems in society. 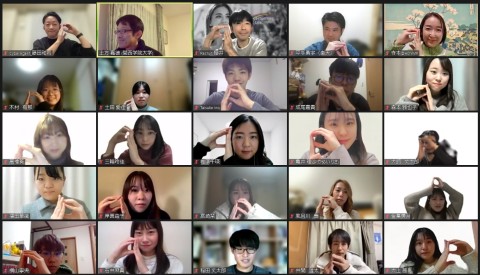 *KG Ideathon was held by Prof. Kazutoshi Sumiya in School of Policy Studies, Prof. Koh Kakusho and Prof. Michiya Yamamoto in School of Science and Technology in Kwansei Gakuin University.